Why is Emerson Online? 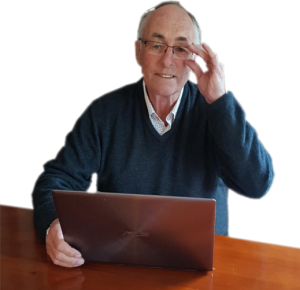 Alan Emerson tells it how it is. There’s no bluff and bluster and no punches pulled. He tells it as he sees it.

Emerson isn’t party political, he’s not your traditional reporter and he’s not afraid of anyone. If it needs to be said he’ll say it.

Alan Emerson was brought up in Greymouth and educated at Lincoln. After stints as a deer culler, fencing contractor, wool presser and soldier he became a rural reporter for the NZBC in 1973.

In 1978 he became Commercial Network Programme Director, becoming Network Current Affairs Editor in 1980, in time for the Springbok Tour, the General Election and the Falklands war. Since then he’s written countless stories, hosted and produced numerous talkbacks and co-written and edited five books.

He was with Farmers Weekly at the start, fifteen years ago and never missed a deadline in all that time.

The aim of the blog is to inform those interested in provincial New Zealand of stories and opinions of relevance to them. His opinions are entirely his own and he welcomes your feedback.

Blogs will be posted as they happen.